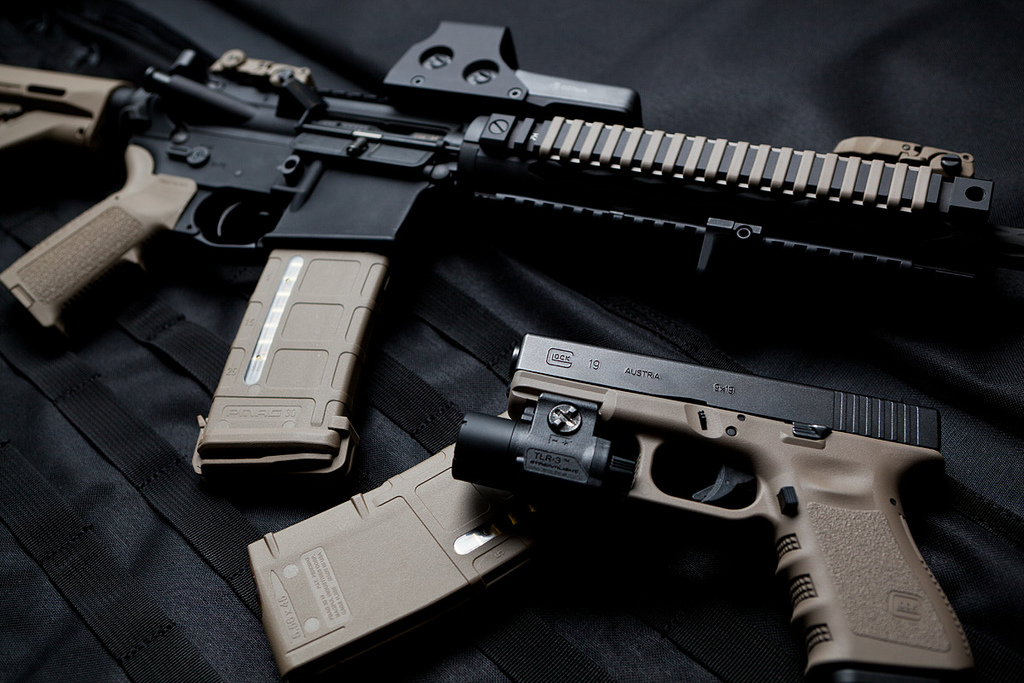 Let me say from the very beginning, before anyone gets hysterical and accuses me of being an inti-gunner (imagine): I think every American that believes in individual liberty should own and know how to use an AR15 or similar rifle, and should have the magazines, accessories, body armor, and plate carrier to go along with it.  That kind of equipment is exactly what the 2nd Amendment is about and we should all be prepared for such.

With that said, the handgun is the centerpiece of civilian personal protection on a daily basis and the long gun plays a limited role.  A prepared civilian should maintain and train with a full “tactical” setup including a battle rifle, magazines, and preferably a plate carrier, so that he or she is ready for severe societal collapse or other breakdowns.  Short of this, however, the long gun plays a small role, and within that role the full tactical setup is not particularly relevant.

The most obvious role for a defensive long gun, shotgun or rifle, in daily life is as part of the home defense arsenal.  Even for home defense, I am convinced that a quickly accessible handgun should remain the primary go-to option as the mobility offered by the handgun outweighs the firepower advantage of the long gun in many circumstances.  Having a staged long gun within the designated safe room, however, does make good sense.

When staged for rapid deployment in home defense the long gun is going to be deployed differently than if you were going into combat conditions.  When things go bump at 3am you are not going to roll out of bed and dress up in all of your tactical gear.  Rather, a home defense gun should be self-contained.  Everything needed must be on the gun itself, as that will be all you have time to access.  A semi auto rifle with a single magazine should suffice for home defense if you have a standard capacity magazine in it (a privilege denied to you in some communist blue states).  Even so, and especially if restricted to a 10 round magazine, there are accessories available to attach a spare magazine to the gun itself, which might be worth doing.

Certainly if dealing with a lower capacity defensive tool, like a tube fed shotgun or lever action rifle (both of which make for fantastic home defense weapons in trained hands) then keeping spare ammo in a side-saddle or butt cuff makes sense.  Again, the gun is all you will have time to grab, so have everything needed on the weapon itself.  A home defense long gun should absolutely wear a weapon mounted light as well.

The other role of the long gun for civilian life is certainly as a weapon for in the woods or afield during outdoor activity.  Under such conditions a full tactical loadout is, again, not applicable.  Nobody walks around in 30 pounds of armor and spare magazines while hunting or hiking.  While in the field self-defense against large, furry things with teeth might be as much a concern as defense against the two-legged apex predator.  A gun that is self-contained is relevant here, with perhaps the addition of a spare mag, cartridge, or shell carrier, on the belt.  For those who spend time in the outdoors, having a long gun that can be quickly deployed from behind the seat of the truck may be needed, and the premise of self-contained and quick handling applies here as well, just as it applies to home defense.

The bottom line is that prepared individuals should maintain and know how to use a full tactical loadout based on a battle rifle, but that has limited use in daily life.  Rather, a long gun that is staged for home defense or used in the field should be a self-contained package that is fast in deployment, easy to carry, and intended to quickly back up the use of the handgun.

One thought on “Long Gun Efficacy in Civilian Self-Defense”