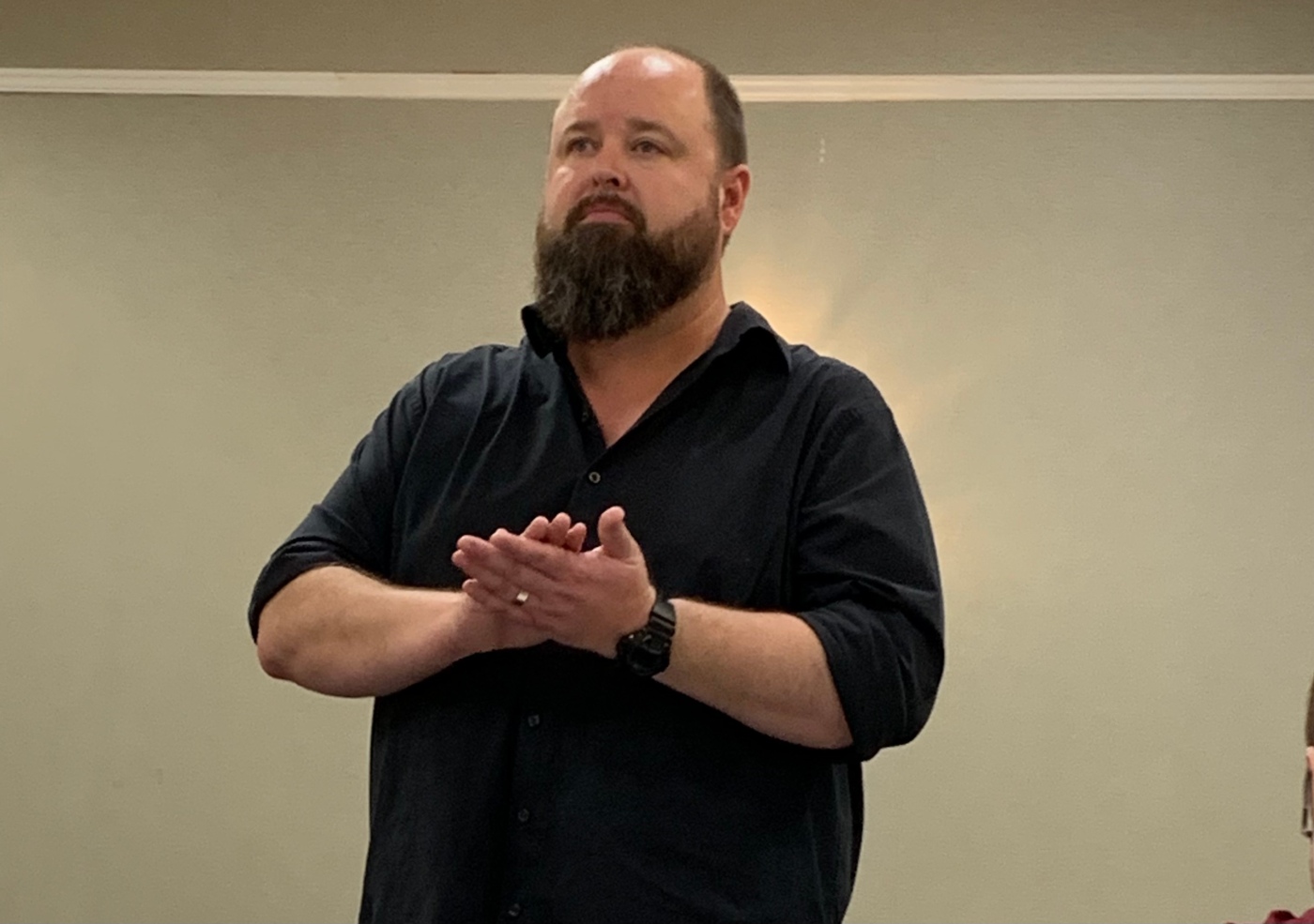 This past weekend I took a two-day medical class with Lone Star Medics.  Caleb Causey, founder of Lone Star Medics and a well-known individual within the firearms and self-defense training world, taught the class.  I have wanted to train with Caleb for a while, though most of what he does is in Texas, his home state.  Caleb does go further afield to do classes sometimes, and John Murphy of FPF Training hosted him here in my vicinity so I signed up.  The class was held at a hotel in Springfield, Virginia, and the room and facilities were spacious and comfortable.

There were, if I recall, fifteen students in the class, including myself, and I recognized every single person there from previous firearms classes I have taken over the years.  Now, granted, this event was hosted through FPF Training, so no surprise that it was filled with Alumni from other training provided or hosted by John Murphy over the years, but it still speaks to how few people actively seek out such training; the same mentality that leads a person to arm themselves and get training with firearms also leads them to take personal responsibility for other emergency situations.

Pertaining to the class itself, I will start by saying that it was excellent, and Caleb is obviously very experienced in not only the craft, but in teaching it as well.  Caleb was a medic in the military and also has a great deal of experience in the civilian world as well.  He has been providing classes for many years now.  This particular course, which is billed as their most popular offering on the Lone Star Medics website, is a two-day offering that aims to provide basic training to the layman in what to do in an emergency to keep the patient alive until the EMTs and Paramedics arrive.  The lion’s share of this class focuses on controlling life threatening hemorrhage, which is a common killer in the wake of violence, vehicle accidents, or job site injuries, but other useful skills are presented as well, such as splinting and immobilizing broken bones and impaled objects.  The class was probably about half-and-half presentation/demonstration versus hands on practice and scenarios, so I thought it was a good balance of both.

I will not bother going into detail about all the topics covered as there was a lot, but I will offer some highlights to those of you who are looking for a good emergency medical class:

There is significant focus on the tools for stopping bleeding and a good deal of training is provided on the application of tourniquets, wound packing, and applying pressure dressings.  While you can watch YouTube videos on doing these things, there is absolutely no substitute for doing it hands-on with a good instructor walking you through it.  Basic Stop the Bleed courses cover some of this material, but a class like this goes into far greater detail with far more hands-on training.  The tourniquet, wound packing, and pressure dressing training was covered extensively over both days, with a variety of practiced scenarios.  Hemorrhage control skills were even practiced on patients within contained spaces to simulate car wrecks and other such emergencies, and in the dark with the use of flashlights as well.  Just the bleeding control training made this class absolutely worth the price of admission.

Beyond the hemorrhage control skills a fairly comprehensive presentation about chest trauma was provided and the use of chest seals was demonstrated.  Basic splinting and making slings for broken bones was covered, eye injuries were discussed, and stabilizing impaled objects was also presented.  Basic treatment of burns was covered as well.  Another useful skill that was addressed was different methods for carrying, dragging, and moving patients.  Techniques for both single-man and team carries were demonstrated and practiced.  Caleb also stresses the importance of scene safety, as assessment of the scene is vitally important so as not to become another casualty when trying to assist others in a dangerous situation.  Patient assessment techniques were demonstrated and practiced, as well as how to identify and deal with shock.

A good deal of detail was also provided regarding equipment selection and how to carry it.  Caleb did a great job of explaining the most important items to, preferably, carry on body, versus what should be kept in packs and vehicles.  A wide variety of good equipment was presented, offering a good overview of different choices on the most essential life-saving gear.  Caleb also looked over the med kits of anyone who wished for him to do so and gave great advice on what was good, bad, and what could be improved, and this was a great learning experience for everyone.

Overall, I highly recommend this class; it provides the bleeding control training that tends to get the greatest focus within the self-defense community, but also does a nice job in introducing other skills to treat other forms of possible trauma.